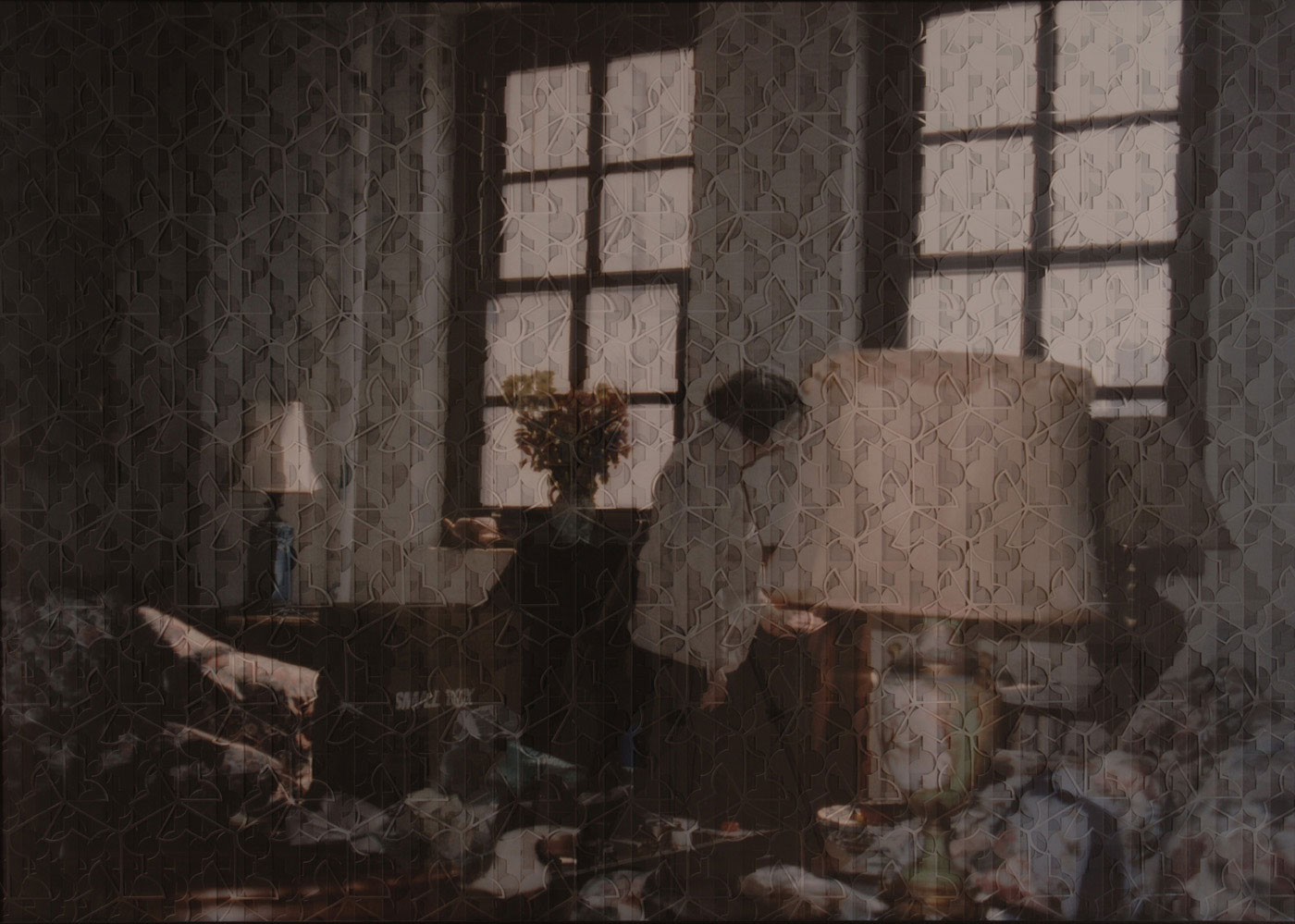 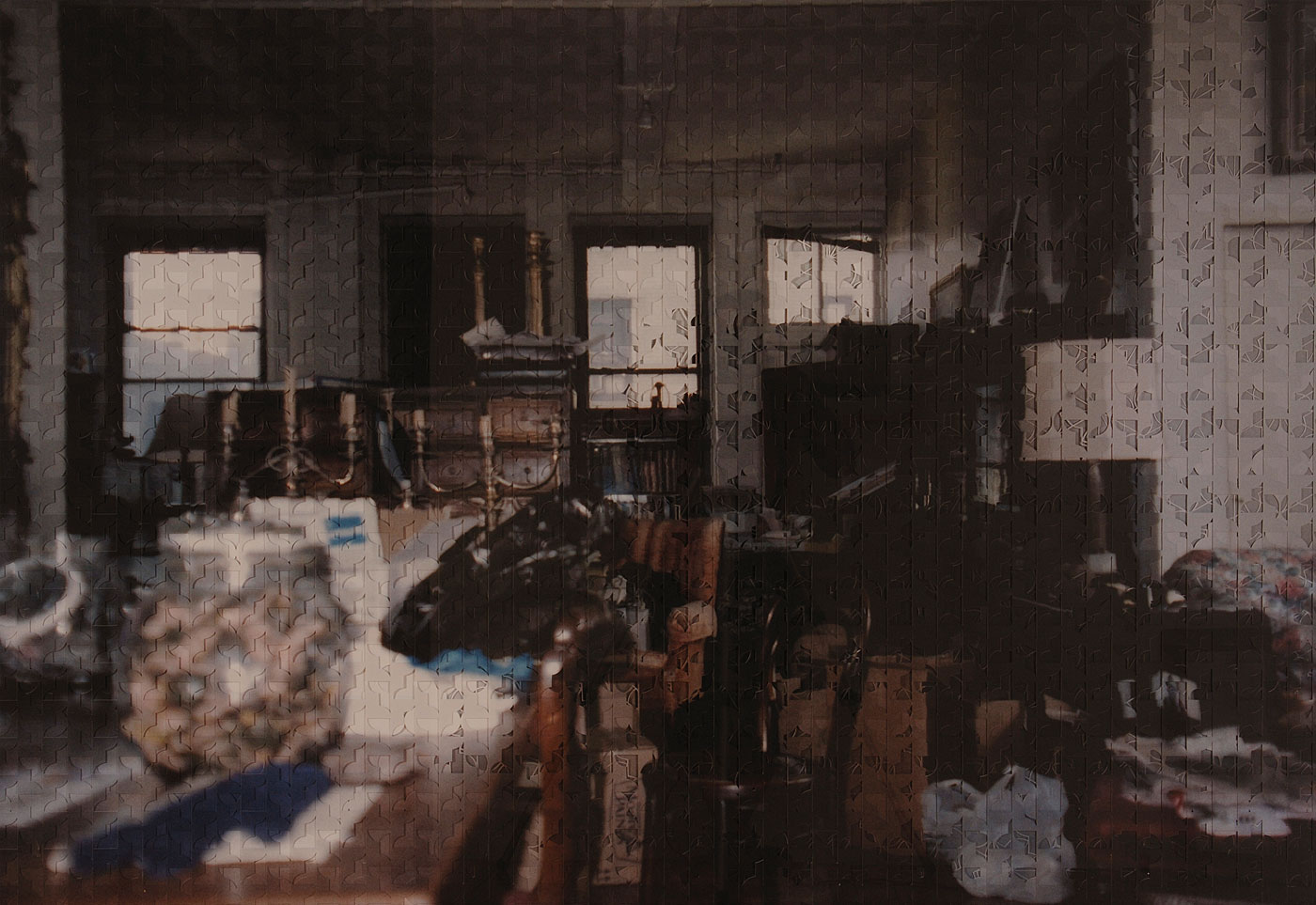 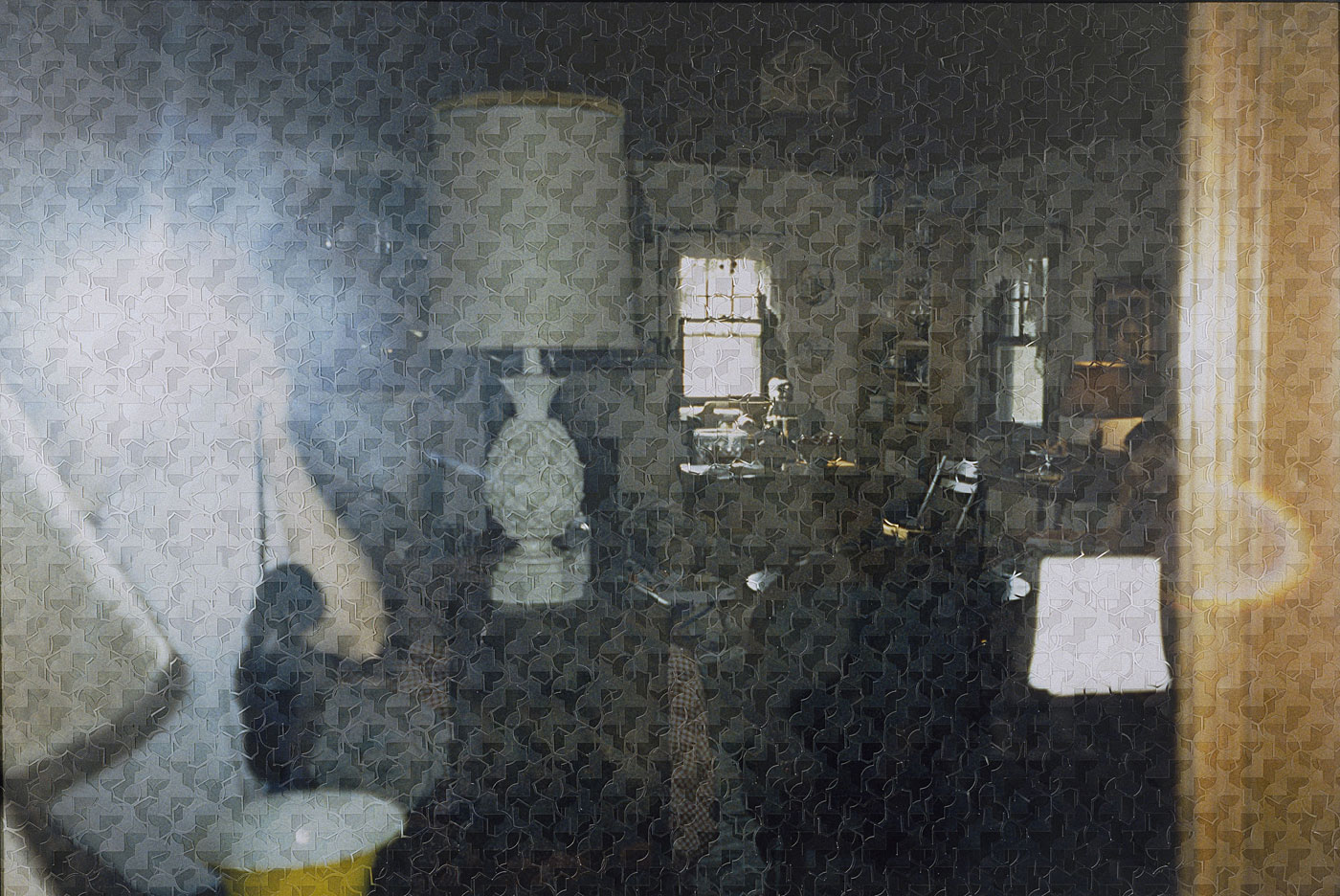 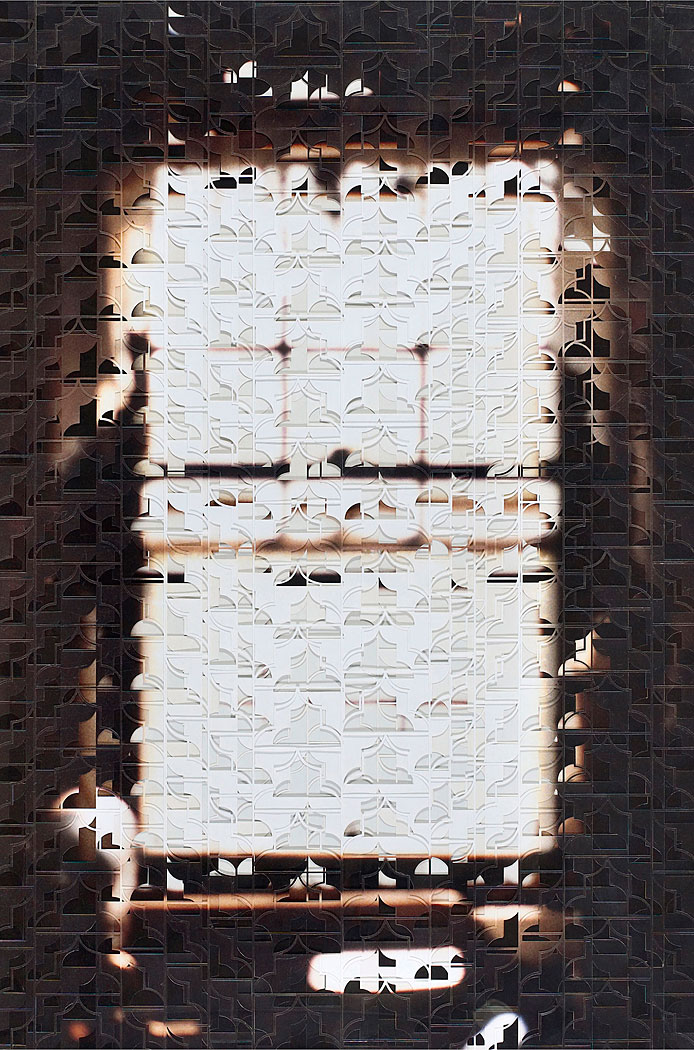 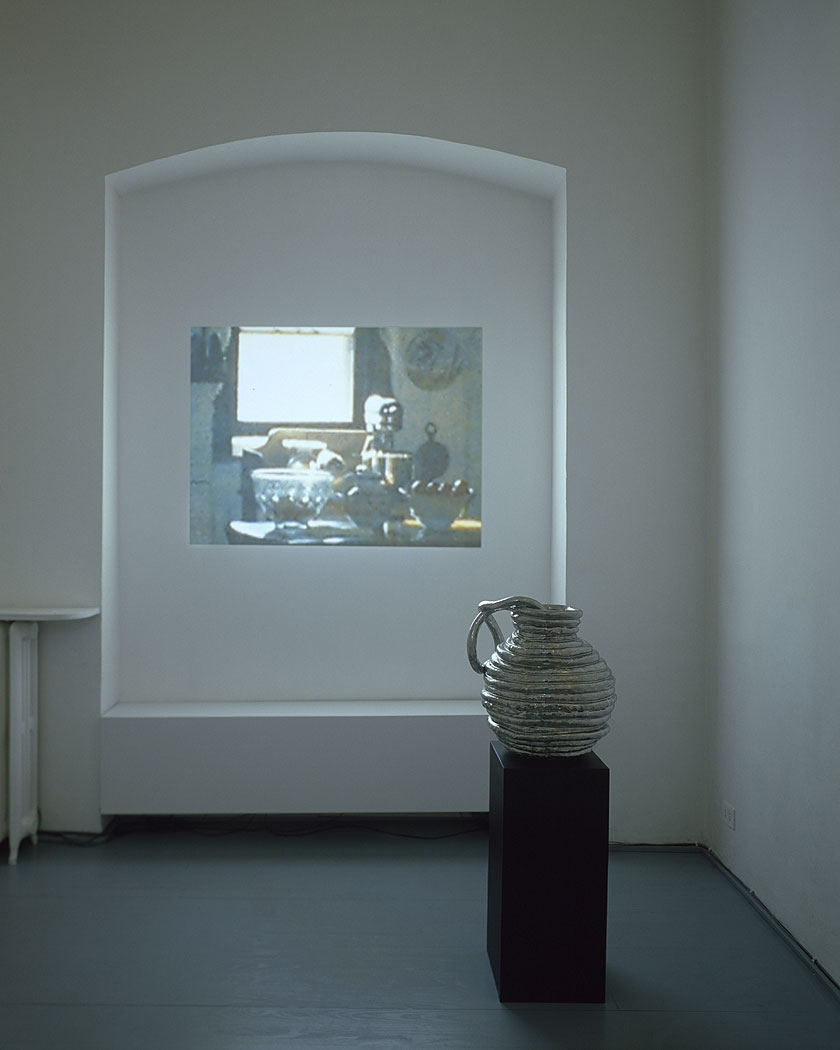 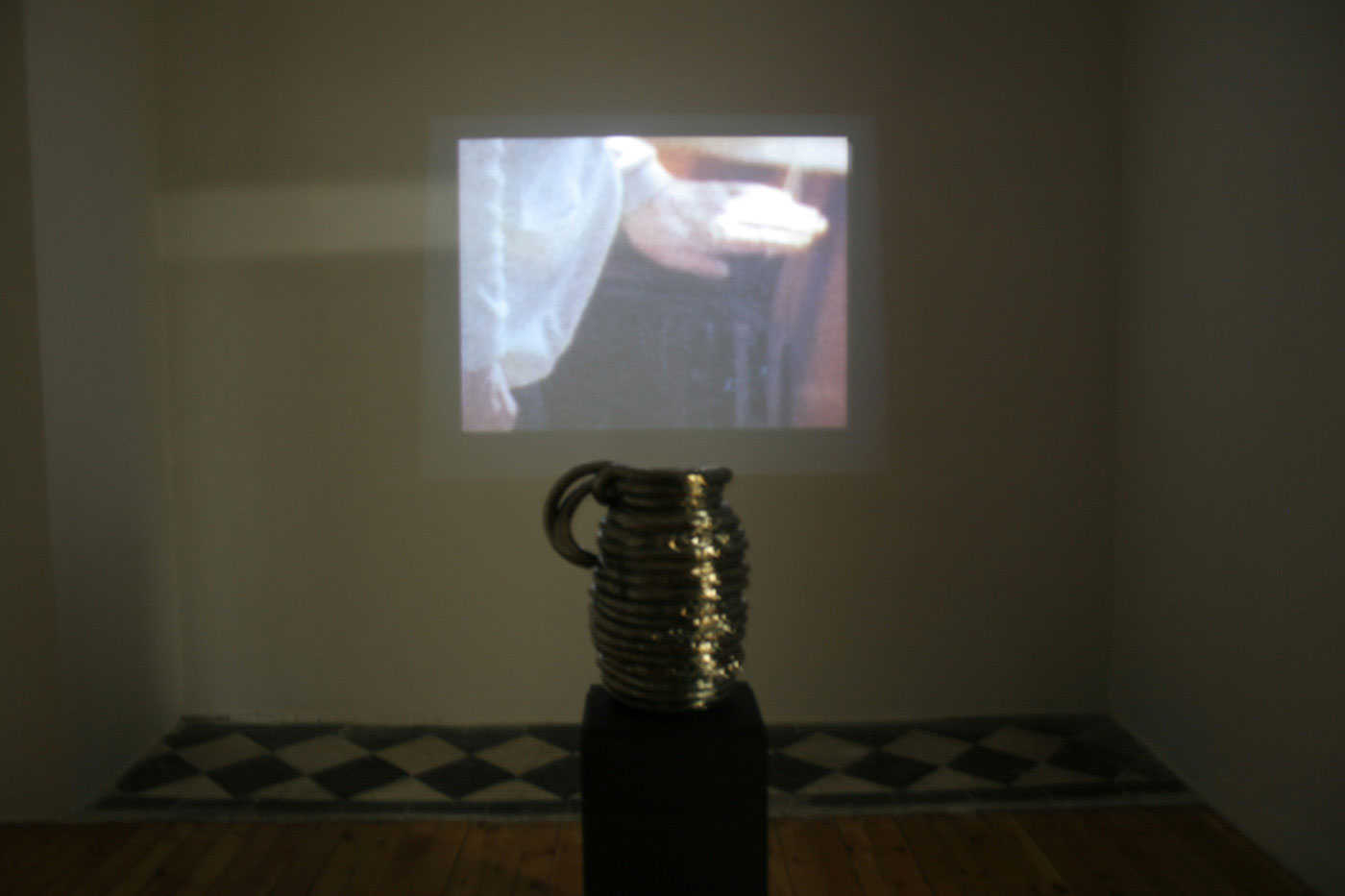 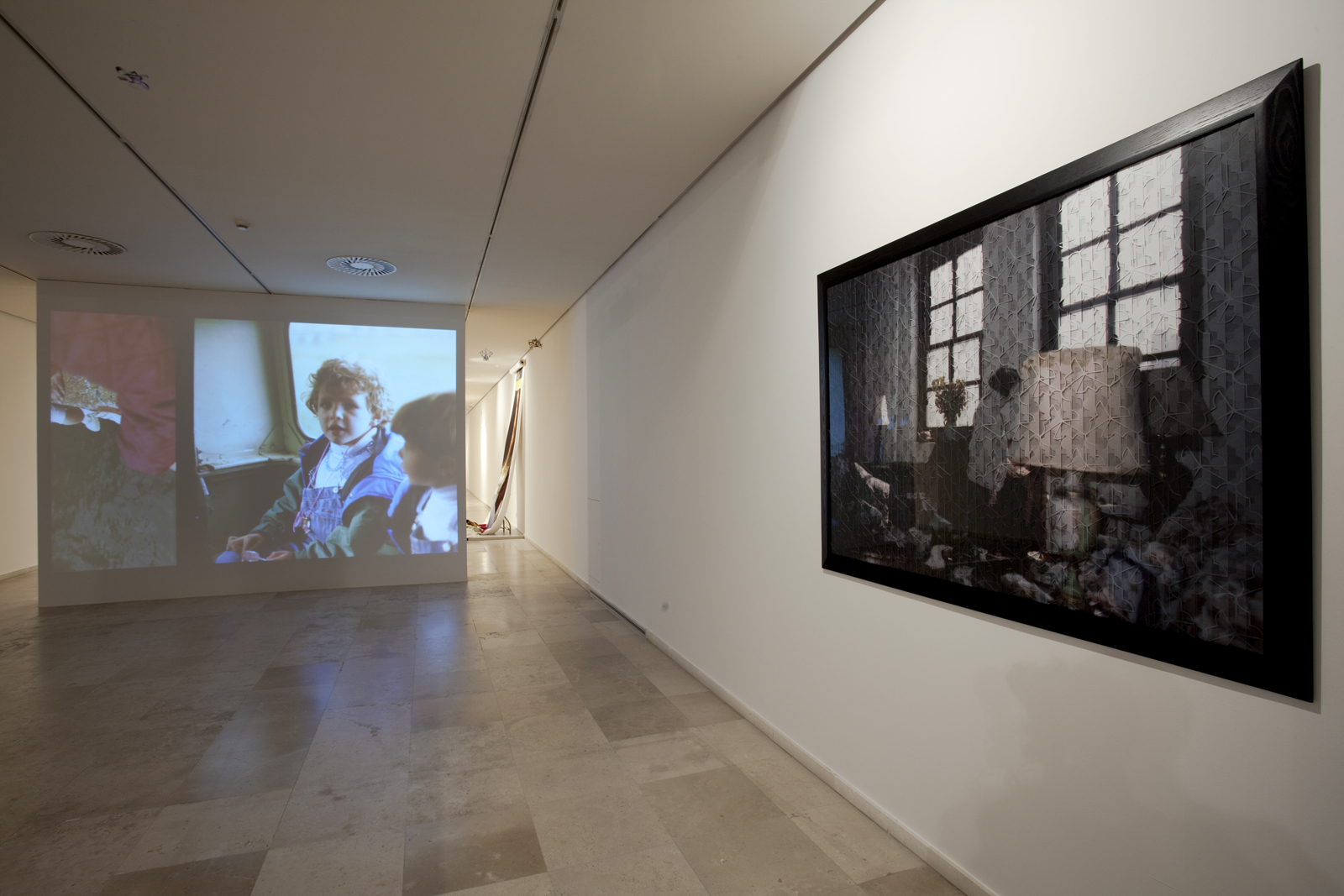 francesca kaufmann is proud to present a solo show by maggie cardelùs. the corpus of the artist can be understood as a large photo album in constant process of becoming, exploring the connection between the photographic image, time and memory.

the various works presented in the exhibition, looking for time, continue to develop this underlying project while presenting new investigations. until now the physical confrontation of the artist with the photographic image has been concentrated upon the manual action of the ‘cut’ – by which the images, chosen from cardelùs’ personal archive, were modified, printed in various formats, cut and thereby transformed into photographic sculptures, giving life to grand-scale, three-dimensional installations. in this exhibition we see other processes coming to the foreground: projection, movement, montage and duration. time is the protagonist of this exhibition. a single photographic image, the crystallization of a fraction of a moment, is dilated to the extreme in a video. thousands upon thousands of photographs are organized into a sequence that plays for ten years. the fading memory of the past entrusted to an ephemeral paper support, contrasts with a future time created in a digital frame piece whereby the artist connects herself to its owner by a contracted agreement for the entirety of her life.

zoo, age 10 is a video that lasts ten years: eighteen-thousand photographs shot and collected by the artist between march 25, 1996 and march 26, 2006 are projected at the speed of twelve shots per second. together these images give life to a portrait of a ten year-old child named zoo. the video is accompanied by a reelaborated version beethoven’s first movement from pastoral, expanded here into the duration of ten hours.

looking for time is a video from a single image from 1996. through long sequence shots and sudden jumpcuts the image – a room reflected in a mirror in front of which we see the artist obliterated by the glare of a flash – is explored gradually, with a ‘tactile’ vision. this vision, connected to the surface of things, discovers details that recall the origins of photography: daguerre’s still-life’s, fox talbot’s window, the mirror to which many of the first photographs were compared. one of the objects seen in the reflected image is a ceramic jug. this object is ‘extracted’ from the mirror, reproduced in three-dimensional form and then covered in a reflective surface. the ceramic object recalls the materials of archeology and thus, alludes to an ‘excavation’ within the strata of time.

Quogue Video: A projection that stretches the instant of the snapshot to 16 minutes guides the eye into the space and across the surfaces of a single photographic image: a snapshot taken of the artist's mother in 1997, capturing a moment of deep melancholy. The viewer is drawn into a haptic and spatial relationship with the objects depicted, pushing the image beyond pictorial fixity and photographic instantaneity. A woman, her hand caressing a desk, a moving box, a vase of awkwardly and hastily arranged flowers create a strange portrait. A possible story begins to emerge from the trance-like, mechanically lingering camera.

The piece creates another form of being in and feeling time, as well another way of being with an image. Painting (eg Chardin) and early photography (eg. Talbot, Niepce) are invoked as works that, pre-dating our contemporary rhythm of image fruition, inhabited time worlds akin to Cardelus'.

Both videos are projected next to large, mirrored pitchers and reflects the projection light. The vase was made by the artist with traditional coil technique that endows the object with a built-in, looping temporality sympathetic to the adjacent, looping, time-based video.

Loft Video: A projection that stretches the instant of the snapshot to 17 minutes, guiding the eye into the space and across the surfaces of a single photographic image: a snapshot taken of a mirrored reflection of a living room in 1996, capturing the artist herself holding the camera. The viewer is drawn into a haptic and spatial relationship with the objects depicted, pushing the image beyond pictorial fixity and photographic instantaneity. A child, an empty seat, a reading figure, a camera flash create a strange family portrait and a possible story begins to emerge from the trance-like, lingering camera.The 17-minute video is then re-viewed in inverted form as though through a reflection. 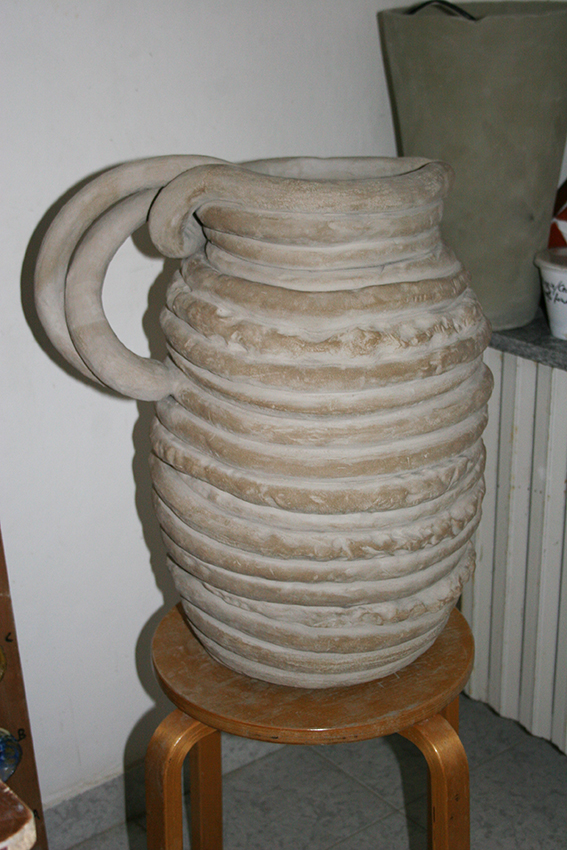 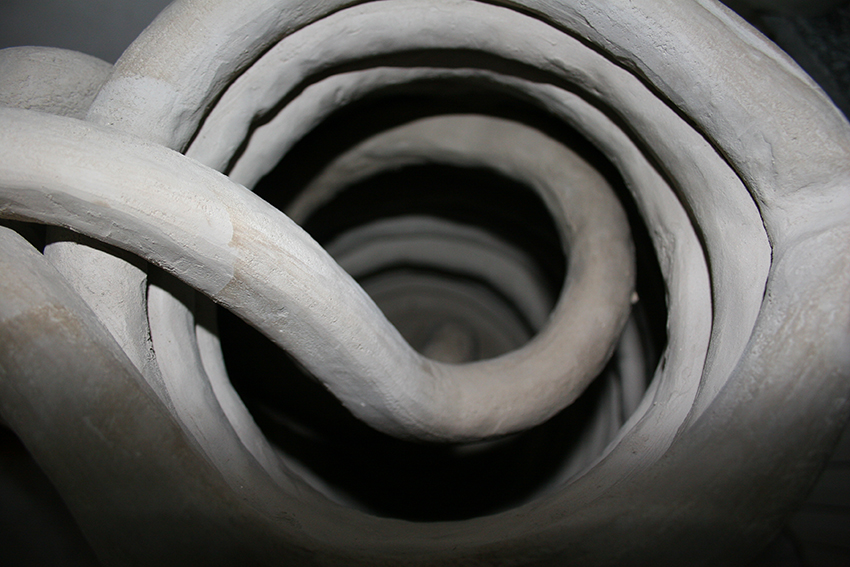