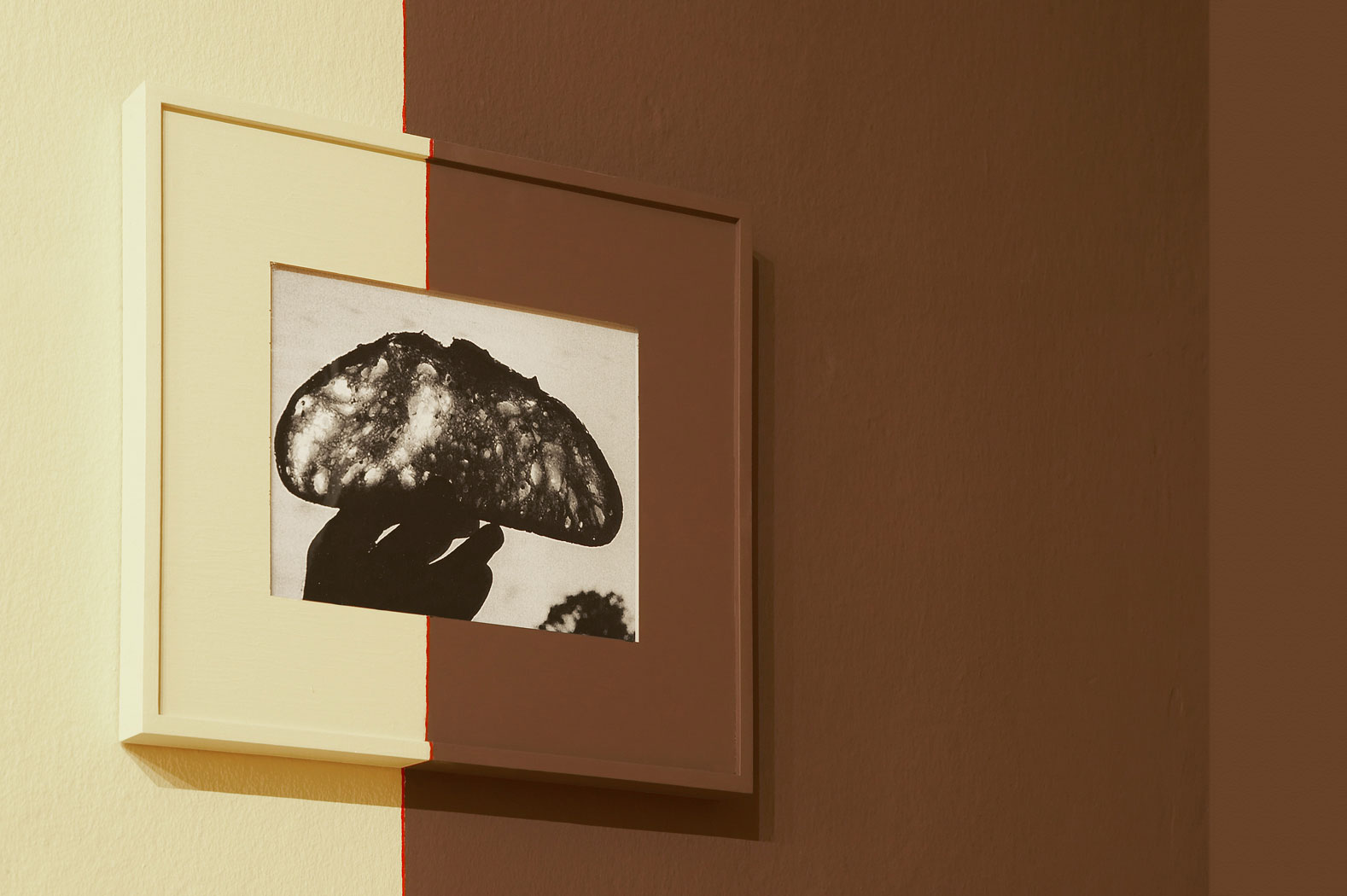 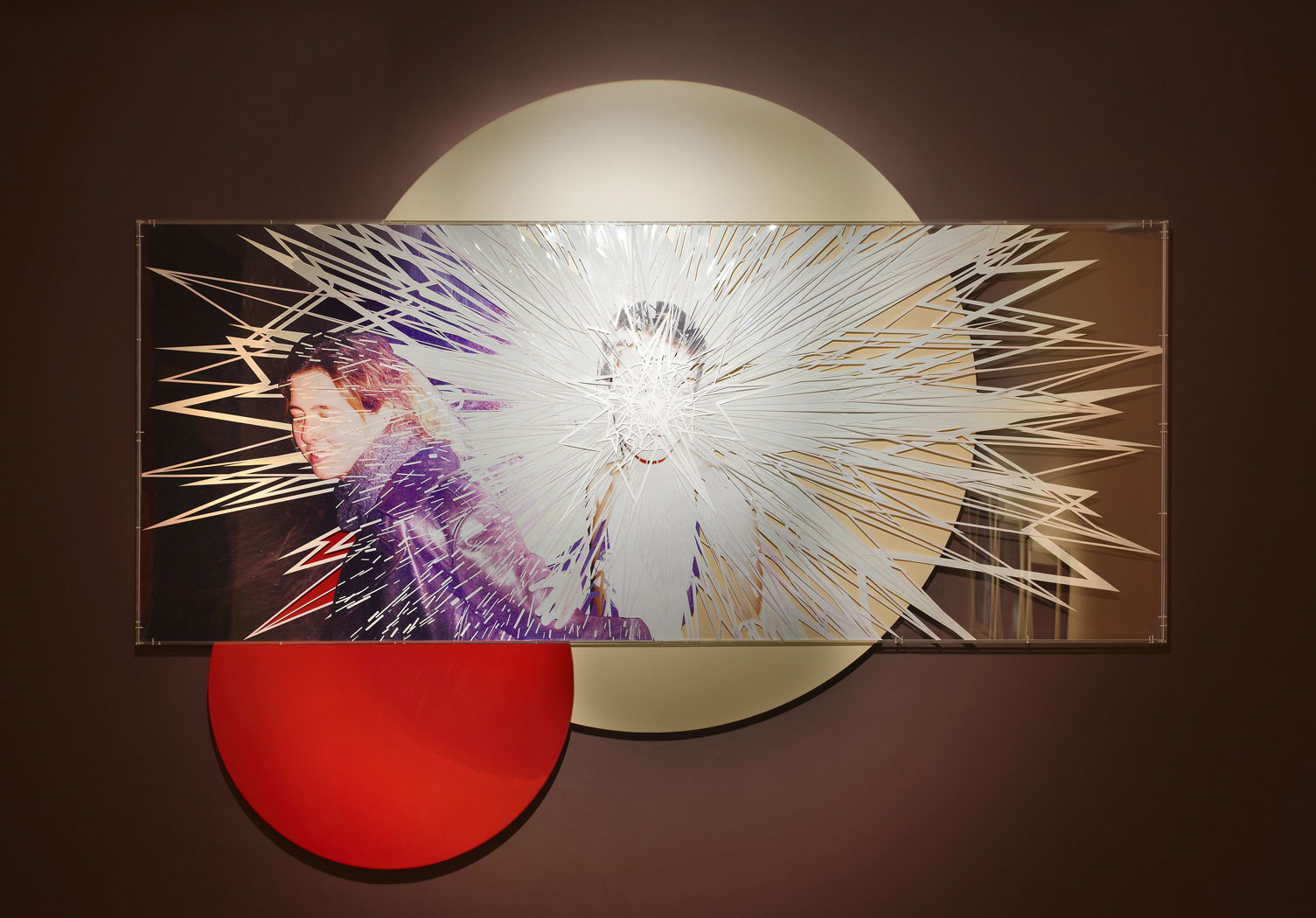 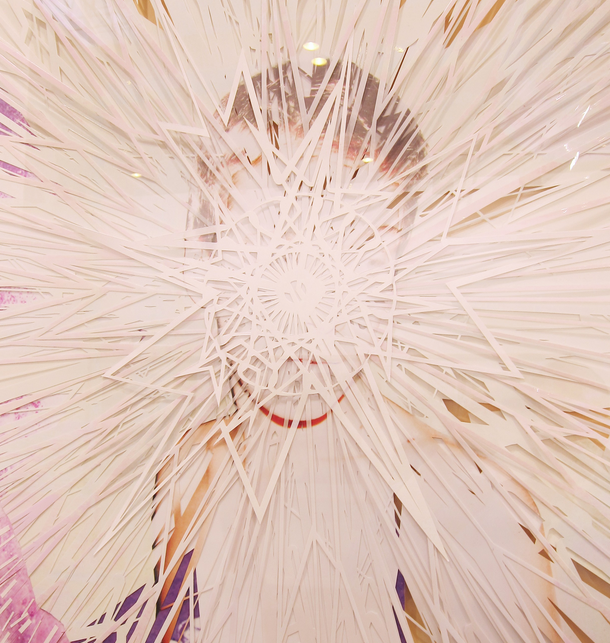 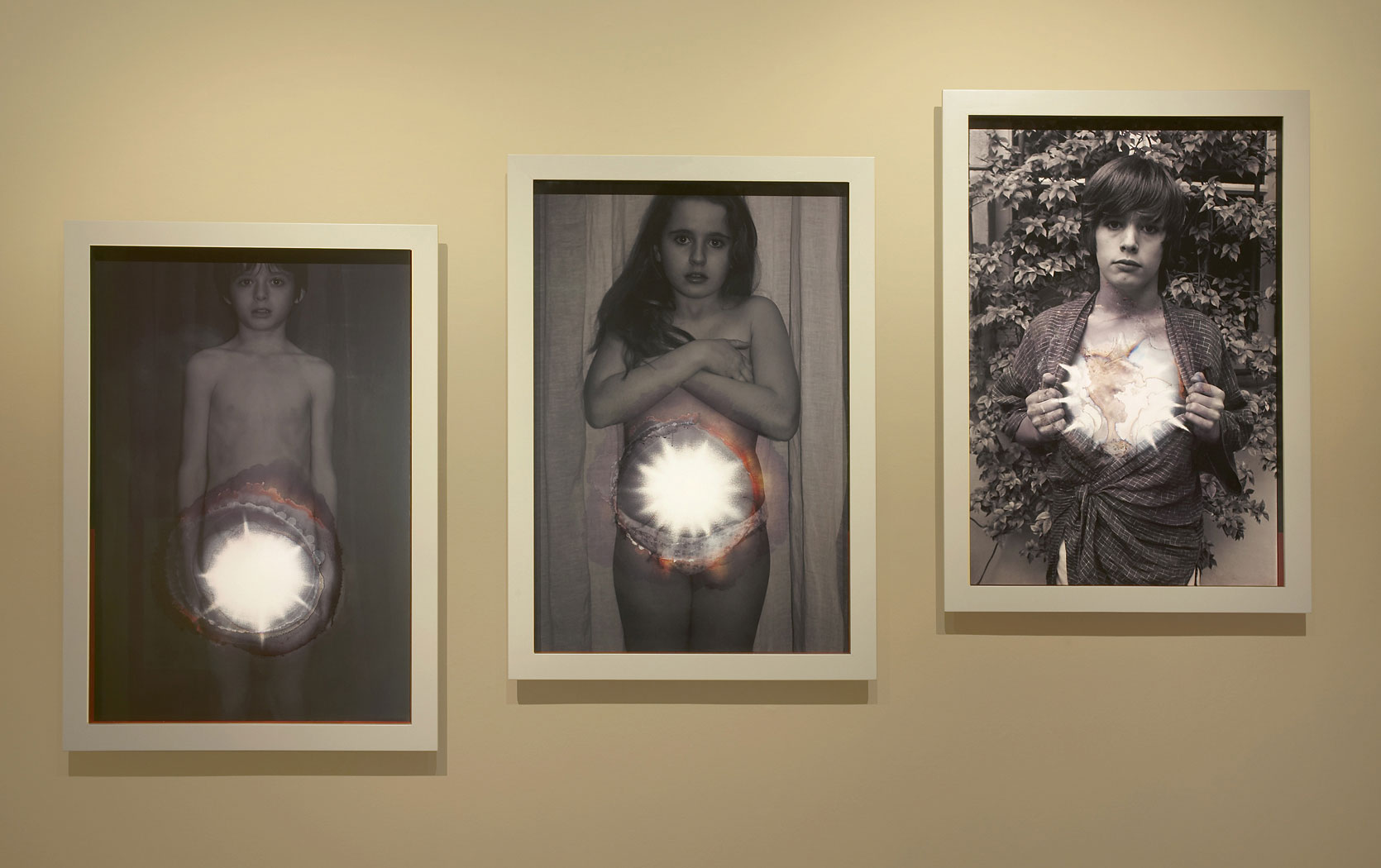 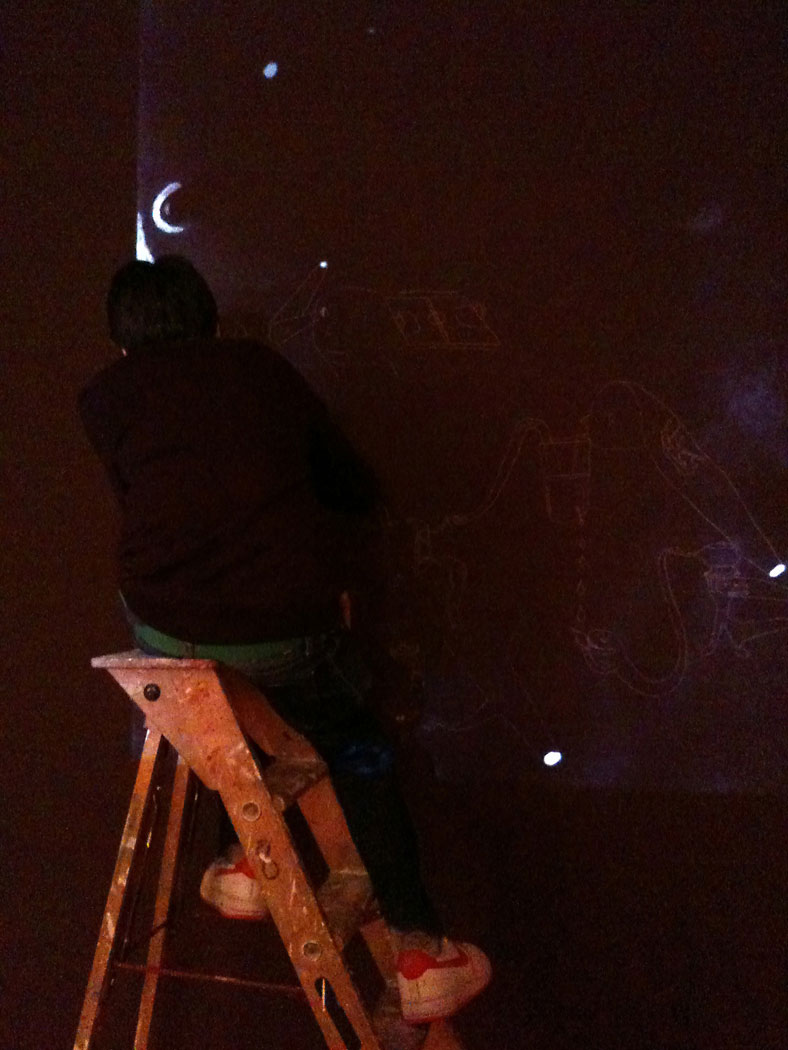 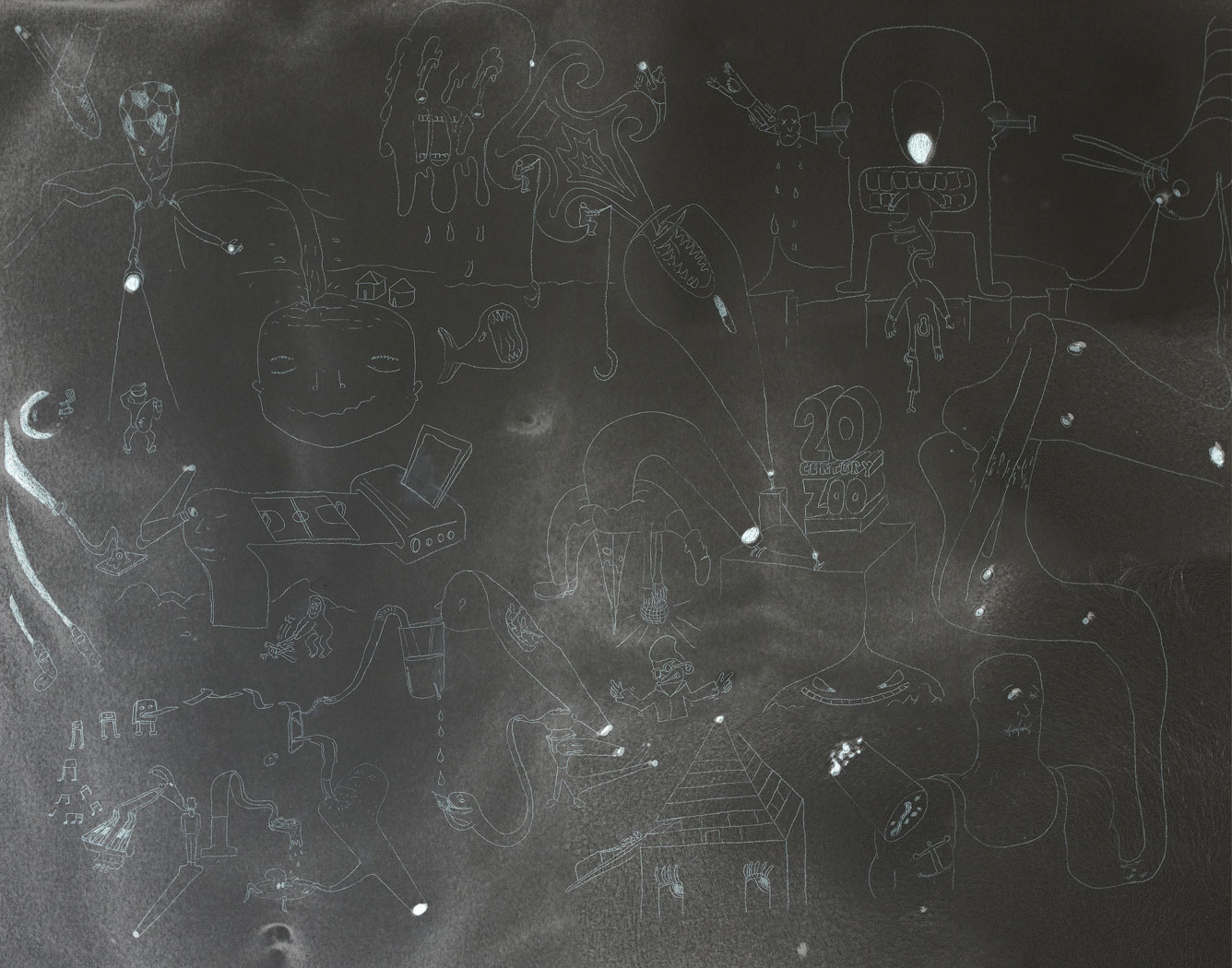 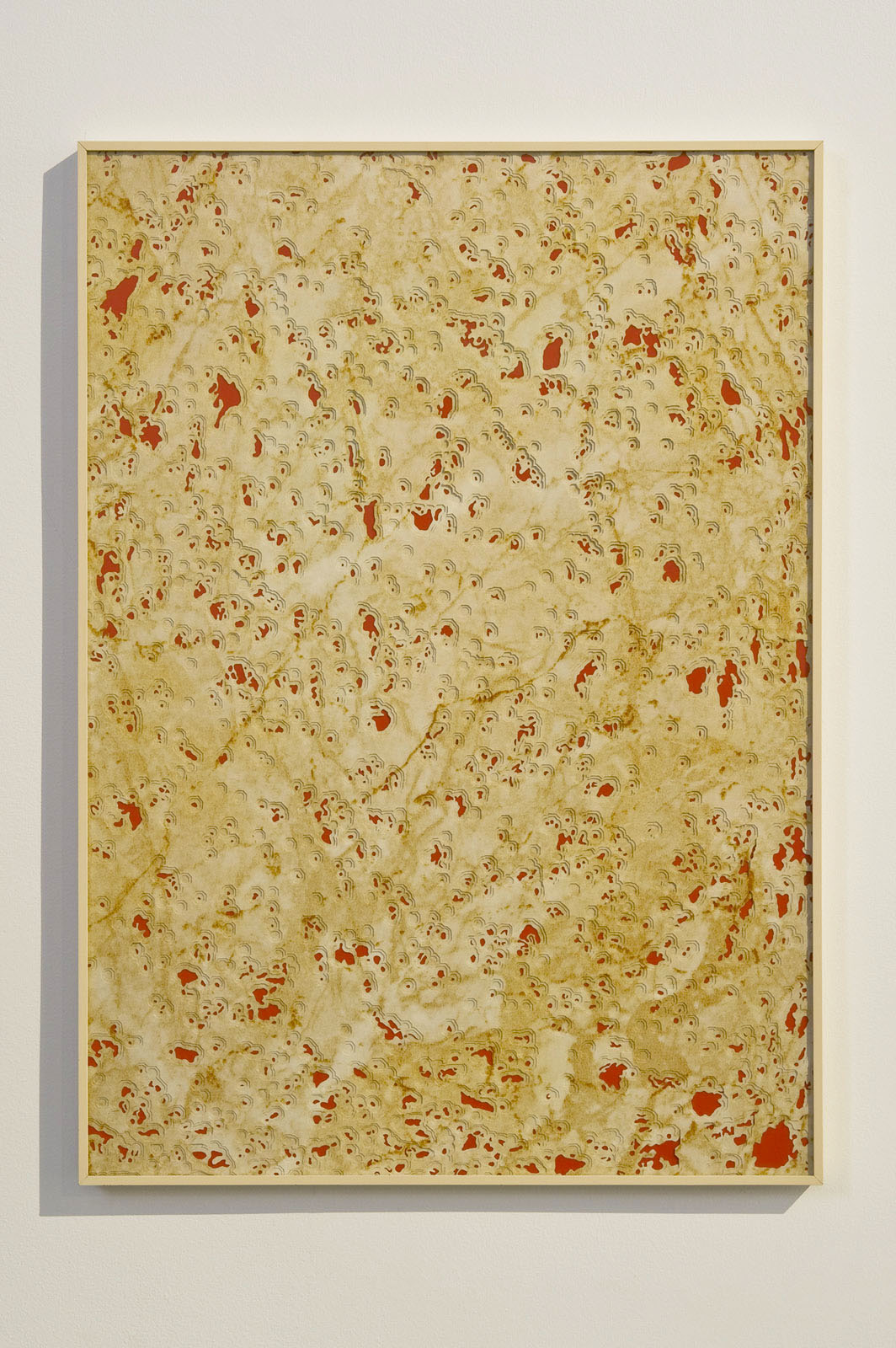 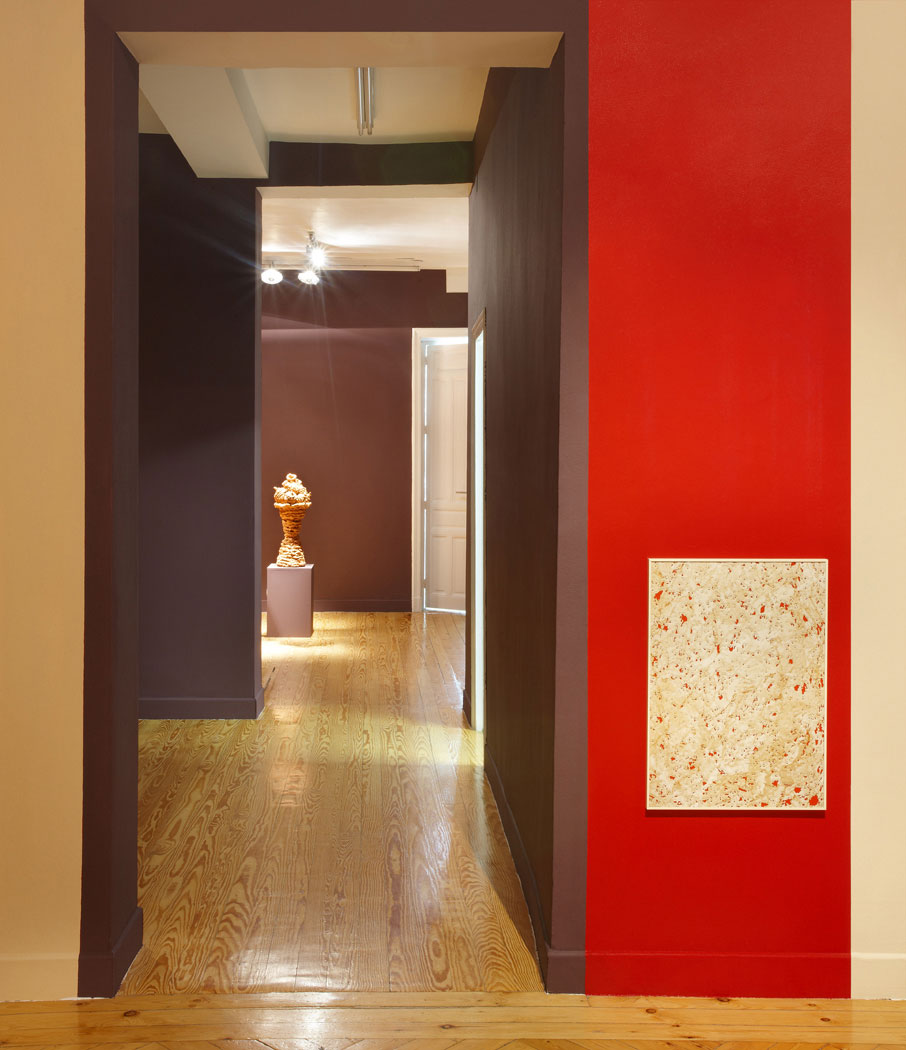 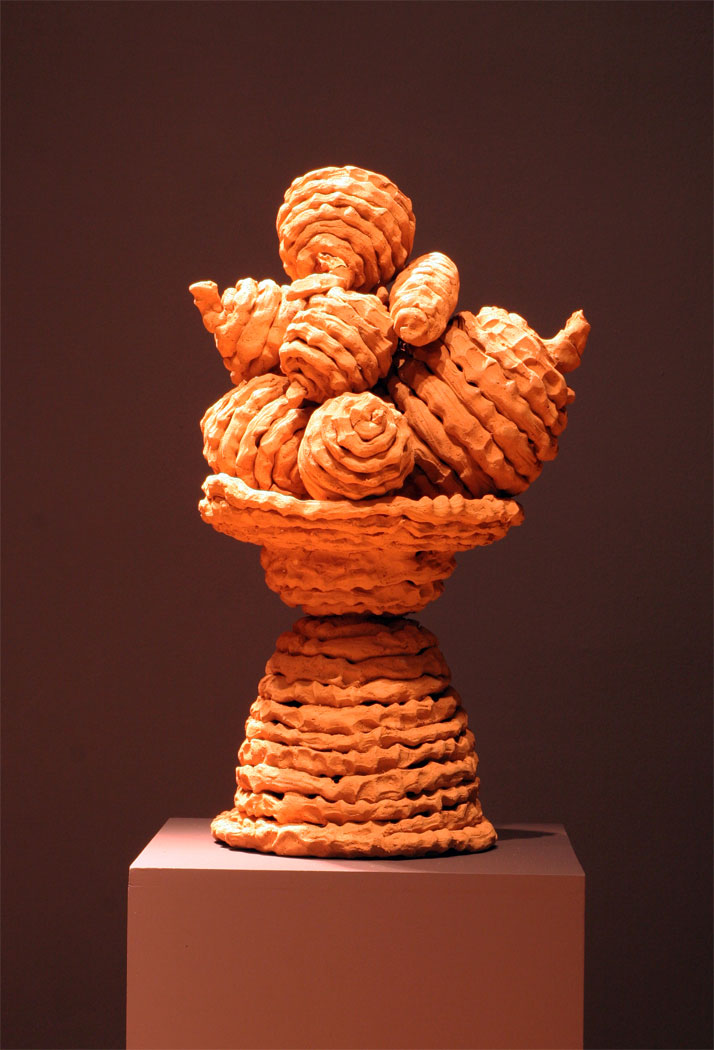 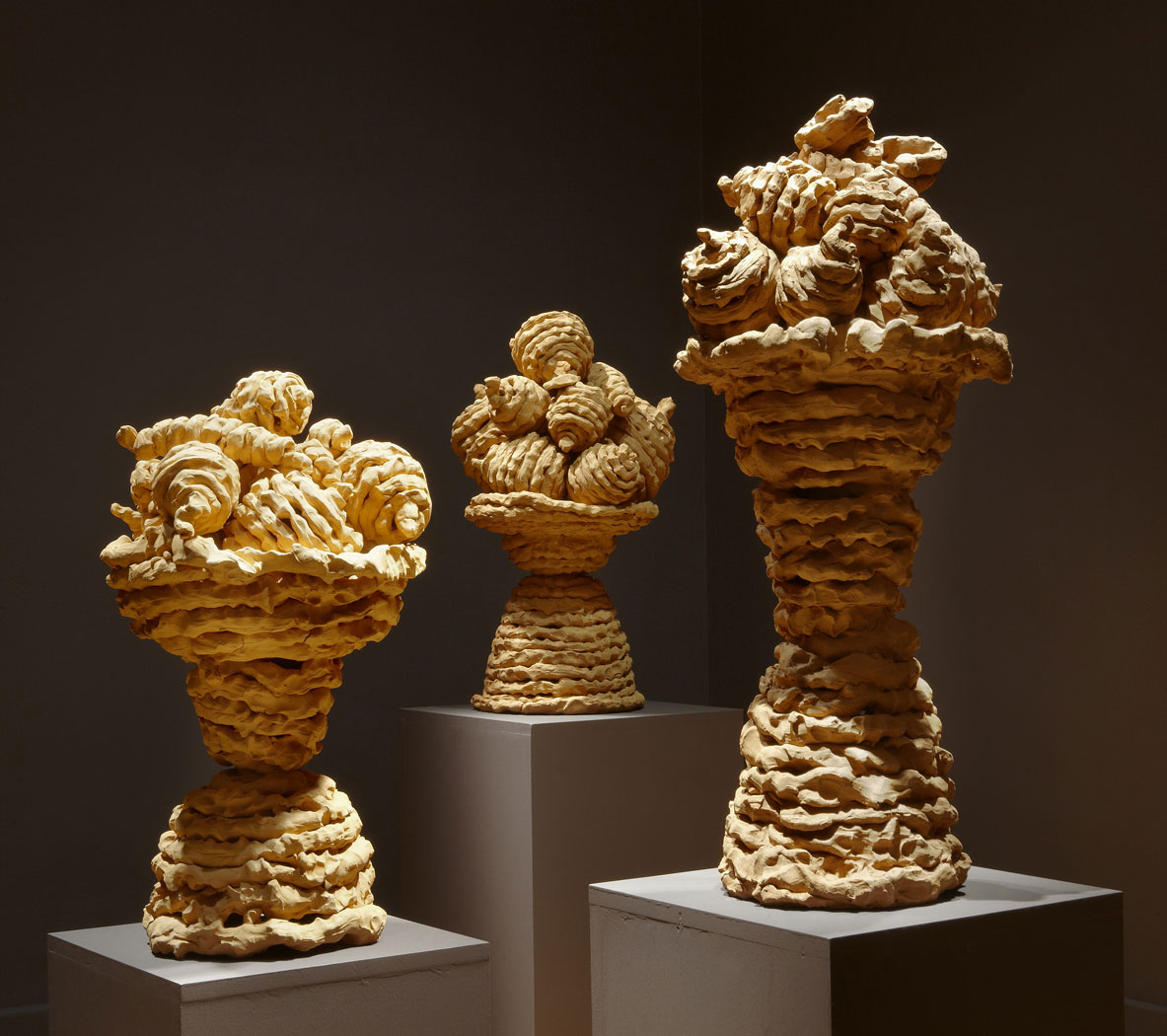 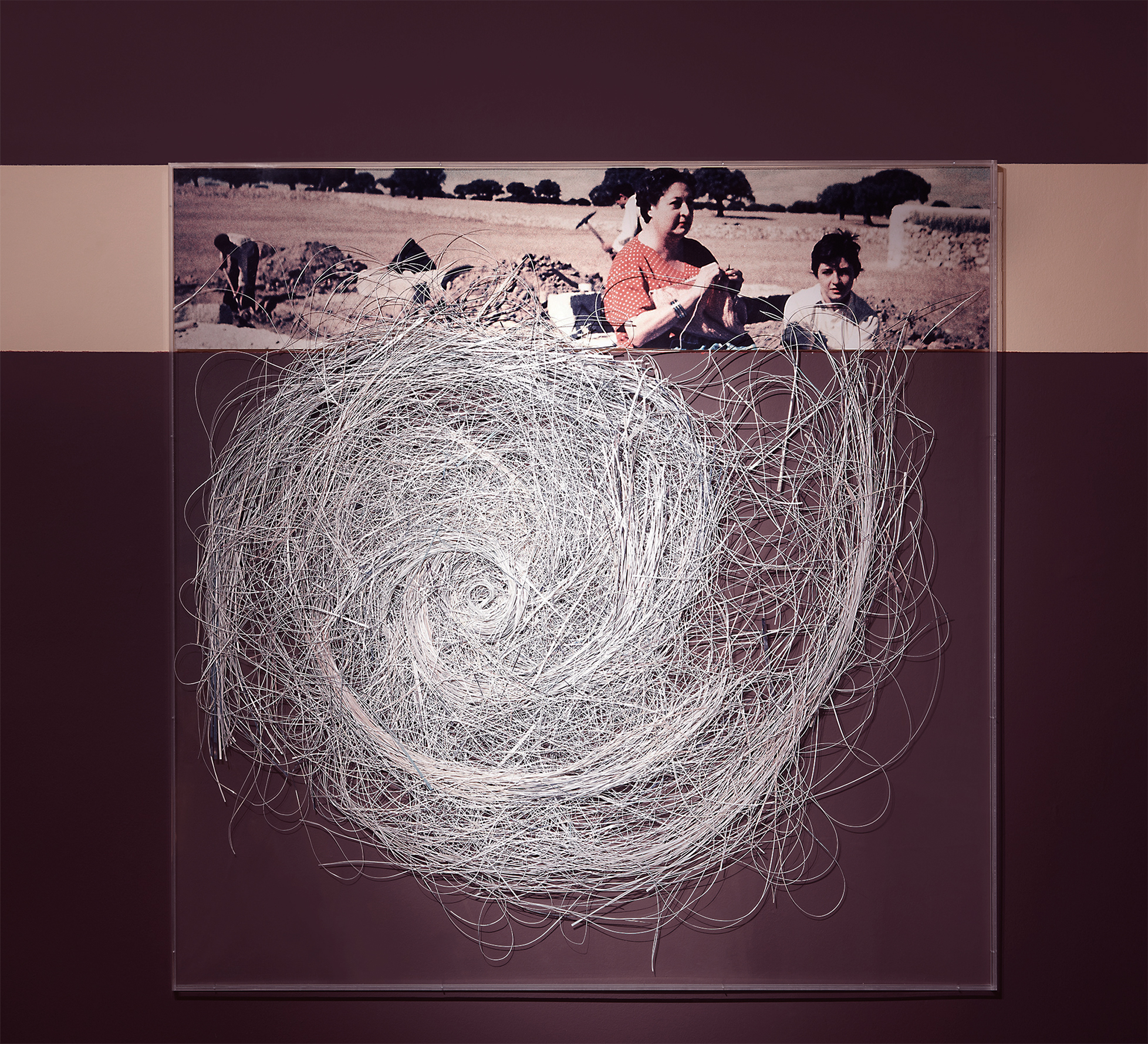 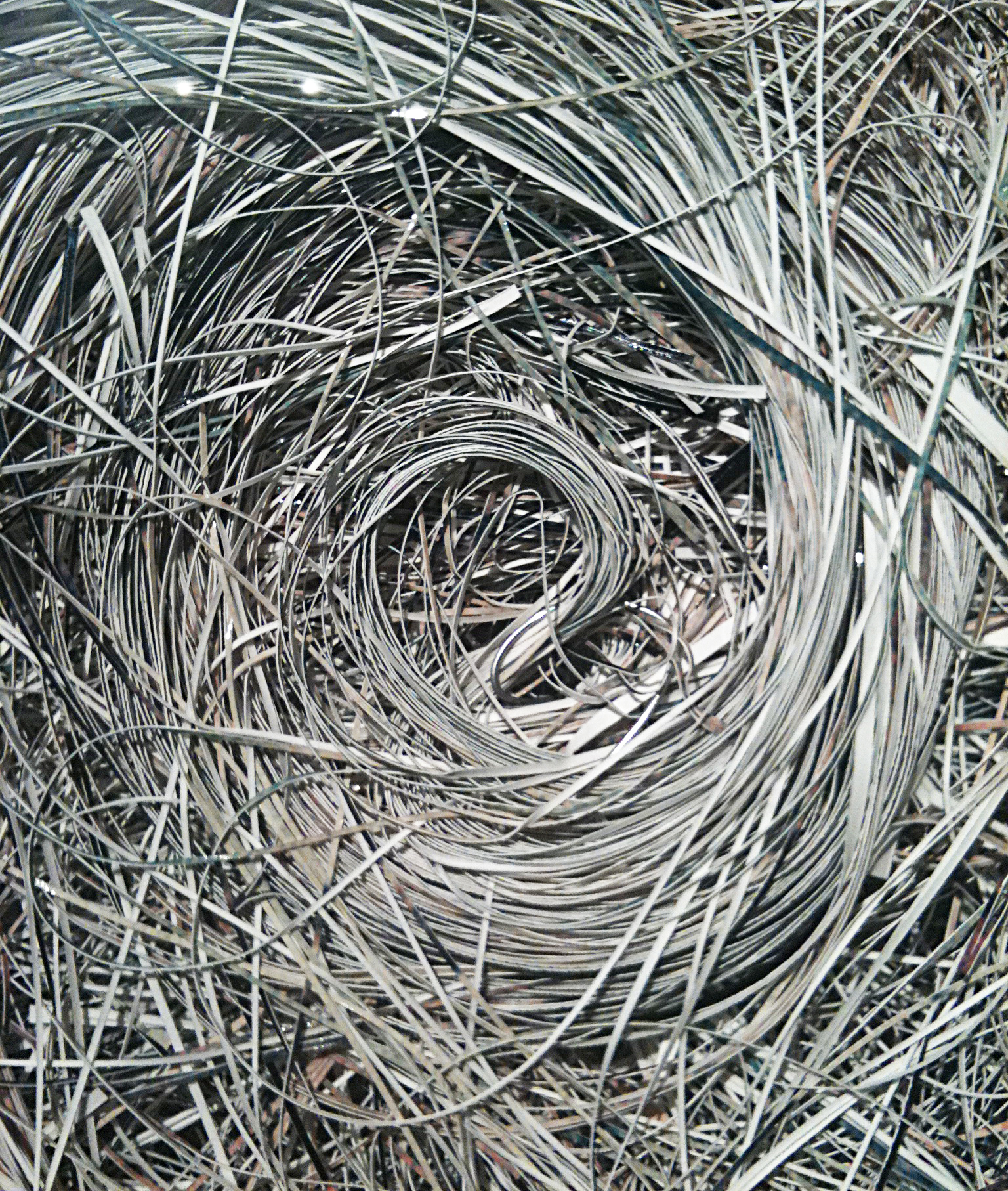 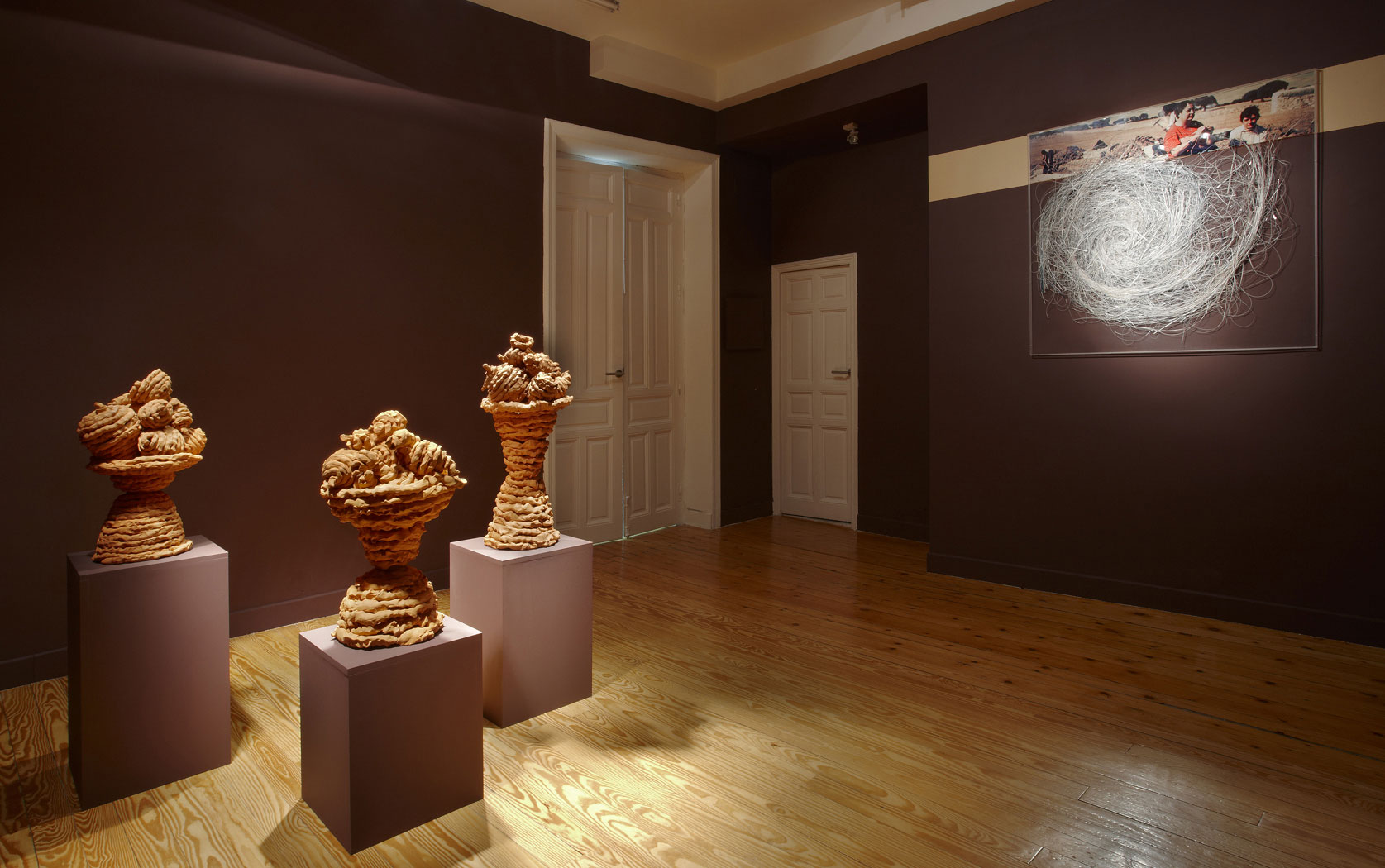 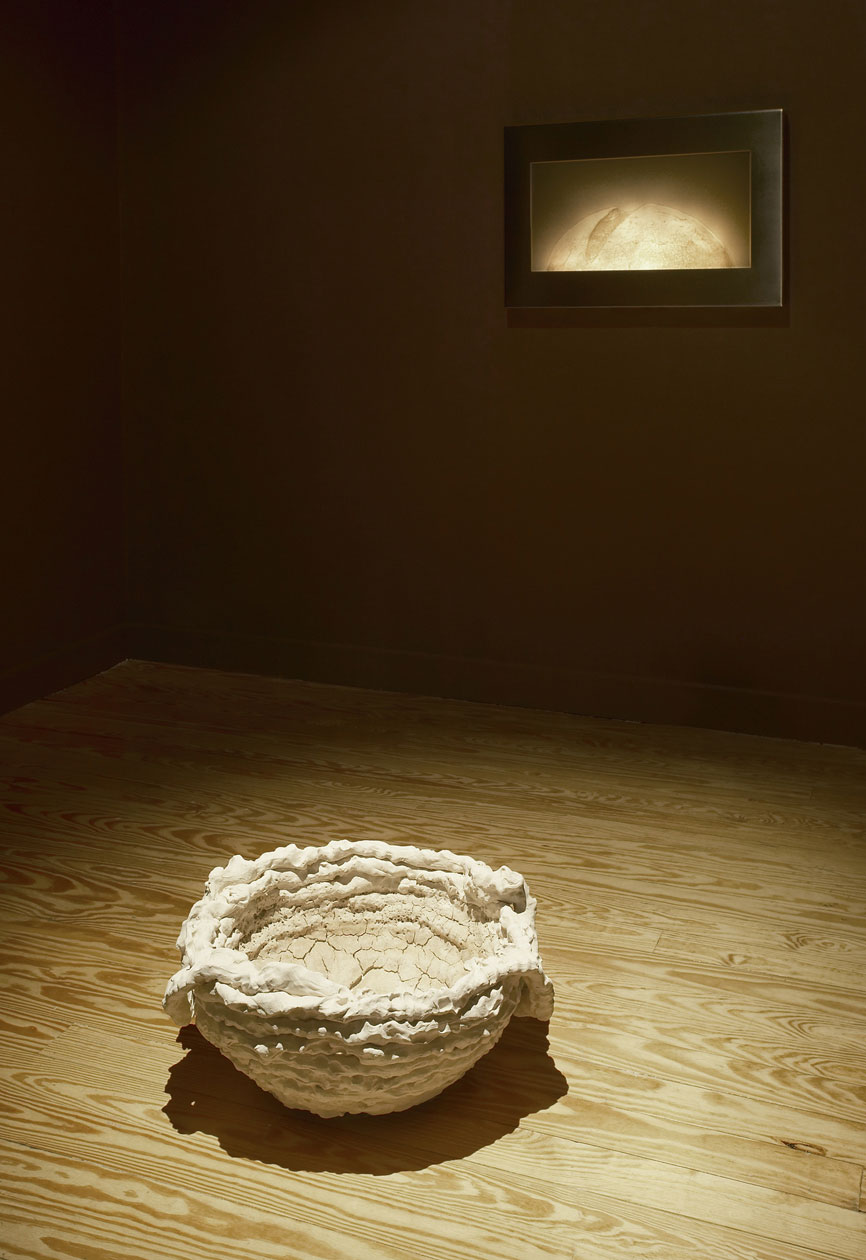 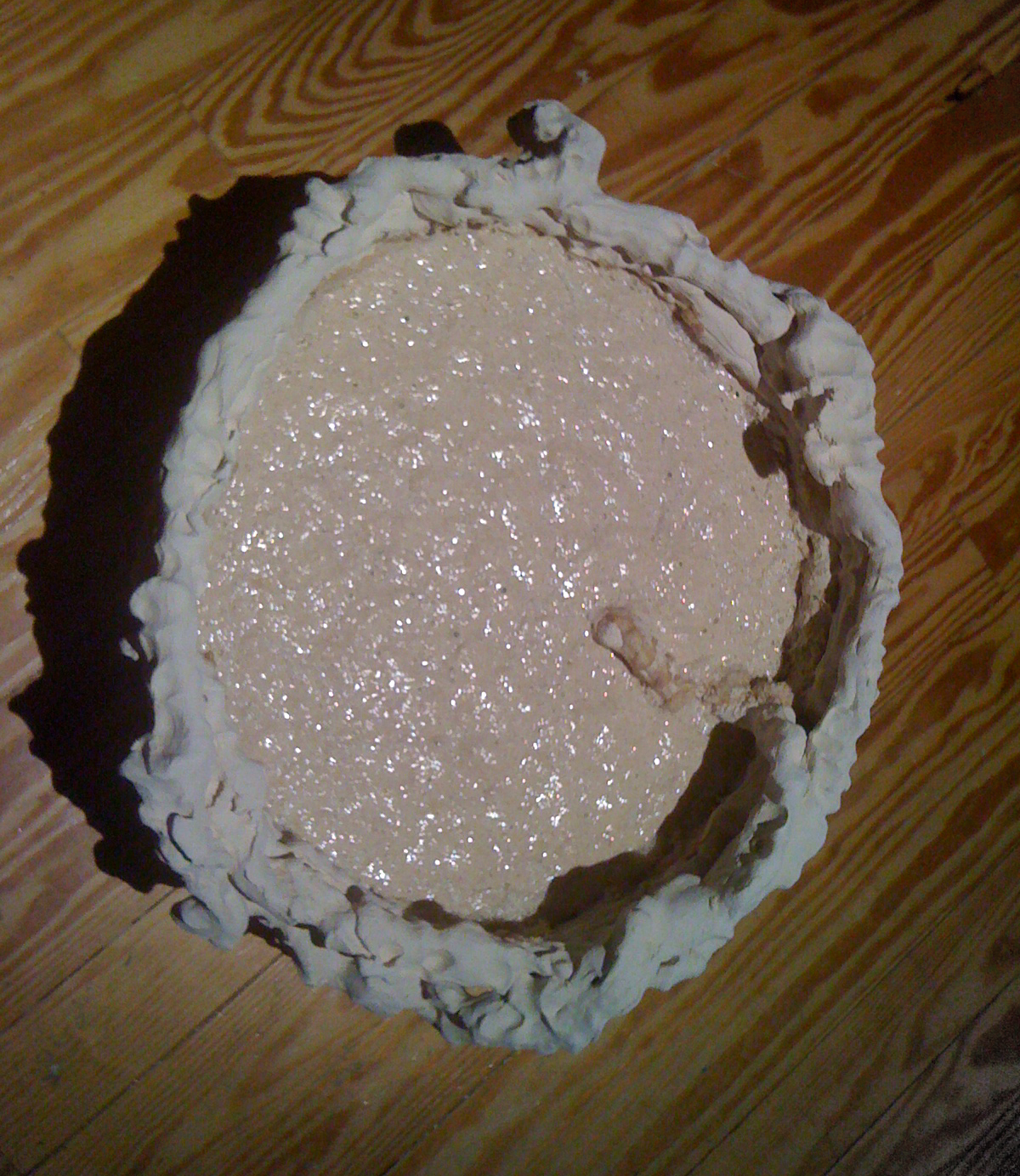 Maggie Cardelús continues her exploration of the limits of the photographic medium in an exhibition that exposes her deeply subjective and emotional process of rethinking photographic time through the lens of personal experience.

Cardelús' pieces take the domestic everydayness of motherhood and its attendant objects like snapshots, fruit bowls, and sourdough, and likens them to galaxies, suns, planets, molten rock, and constellations, creating a fantastical merging of two extreme scales of experience and perception. A framed photograph of a slice of bread -Slice of Space - held against the sun looks like stars scattered across deep space and is the perfect expression of Cardelus' intention to overlay photographic time/processes and the sublime emotions of maternal life with the incomprehensible vastness of universal forces.

The central piece is a photo cutout portrait with her young son, Zoo, glowing faceless on her back, two human bodies viewed through a prism-like rectangle against two cosmic bodies, a sun and a blood red planet. The artist's portrait of Zoo hangs across from a self-portrait he made of himself for which he drew scenes on the wall based on the positions of his beauty marks on his body, recalling constellation diagrams. His funny, comical figures are an antidote to his mother's openly emotional work. Cardelús invited her son to describe himself with his own visual language within the space of her oeuvre to democratise the keeping of family meaning, identity, and memory, a task she had controlled since his birth.

In the same room, a sun rises through Cardelus' three children in Morning, where she has scoured away the photo emulsion using household acids and silver polish. A nearby piece shows a pock-marked piece made of layers of cut images of marble, red-hot within, like the earth's crust, like a loaf of bread.

In the first room of the exhibition, the stage is set with spiralling, clay fruit bowls, whose coils recall umbilical cords, are like three galaxies piled with planets, but are also an expression of moving, linear time halting to a still in the form of the finished object. Likewise, a family snapshots in the same room is minutely cut into a fine thin strip that spirals into a vortex as it cuts away the photo to the point where the cut strip meets the hands of an ancestor knitter and begs the question: is she knitting order from a chaotic galaxy or seeing her world unravel over time?

The last room holds, at its centre, a large, ceramic bowl encrusted with a thick layer of dried sourdough. The sourdough was liquid when the exhibition began, filling the space with the acidic smell of fermentation that evoked a kitchen, a primordial soup, the beginnings of life and reproduction, as well as the acidic smell of dark room chemicals.